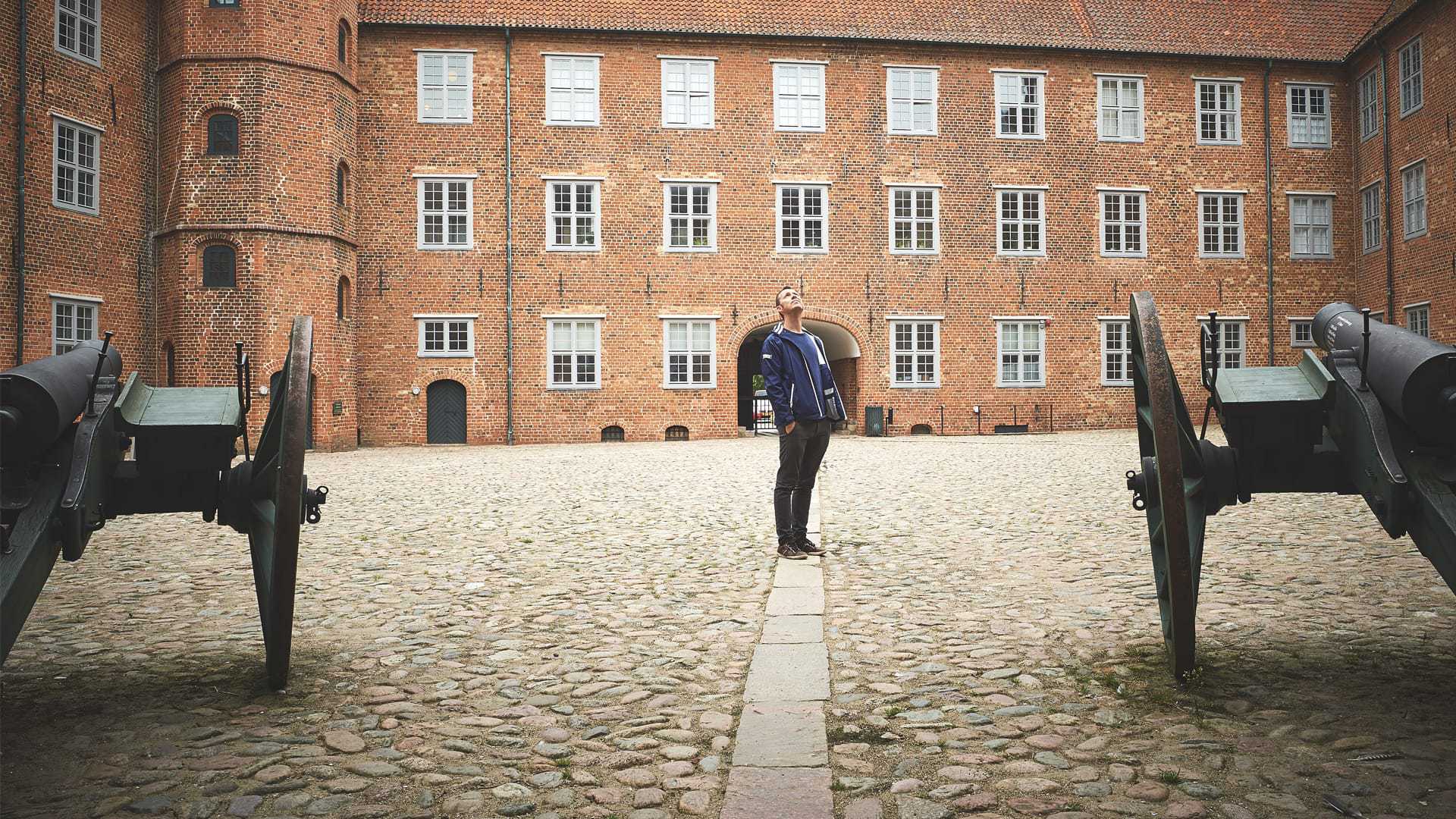 Sønderborg Castle, in its magnificent setting close to the seaward approach to Sønderborg, is a Danish national icon. The castle holds almost 800 years of Southern Jutland and Schleswig’s dramatic history. The many rooms show modern exhibitions about the turbulent history of Southern Jutland and the border country, the Danish King Christian II's imprisonment at the castle, the Danish defeat in 1864 and the many Danes participating in World War I on the German side prior to the Reunification in 1920.

Your experience of Southern Jutland will be incomplete until you have visited Sønderborg Castle!

Inquiries regarding booking guided tours or rooms, and their prices, can be made by contacting the Museum by email: